“SAGD short stories” is a blog series about SAGD and process operations. 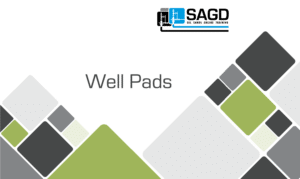 A SAGD Well Pad Test Separator is an essential piece in keeping track of individual well performance and cost efficiency.

Regardless of the oil production method being used, an oil producing company has to keep track of how much money is being made and spent. This can be a little complicated with SAGD, but tracking individual well performance with a Test Separator is a great place to start.

The SAGD process uses high-pressure steam to mobilize bitumen in the oil sands. The production fluids are an emulsion of hot vapours and liquids. Produced gas is separated out and used as boiler fuel. The valuable bitumen is processed into Sales Oil by removing the hot water component from the recovered fluids and replacing it with a diluting agent (diluent). The Sales Oil is then transported to a refinery, often by pipeline. The volume of Sales Oil entering a pipeline is monitored, so the producer can be paid!

Most of these flows are easily monitored, measured, and recorded with instrumentation installed in piping. Flow meters record total sales oil sold, total diluent used, total steam used, total produced fluids recovered. But I’d like to discuss the first piece of equipment in the production train that’s all about counting; the Well Pad Test Separator.

SAGD Well Pads are set up to service multiple well pairs, while being able to isolate individual wells or well pairs as needed for maintenance or operating reasons. For most facilities, all produced fluids can be sent through a single pad Group Separator at the same time for bulk separation of water vapour and produced gas.

The testing process follows some basic steps. The vessel is prepared for the test by lining up the production flow from the “test well” to the separator. A steady flow through the vessel is established to purge all liquids and vapours remaining from the previous well test. This also warms the vessel to the temperature of the production stream. Once steady operation is established at the desired vessel pressure and temperature, the pad operator can initiate the test.

The test control logic will clear and restart its counters to record test data for a predetermined time period. Once the test expires, the logic totalizes the production of bitumen, water and gas. If the test period is one hour, the liquids will be reported in cubic meters per hour and the vapours will be reported in Standard cubic meters per hour.

The logic will generate a test report for circulation. Common recorded production parameters include:

The accounting department uses the reported values to determine expenditure and sales numbers.

Government Regulatory Reporting requires most of this data too.

The testing also provides many pressure and temperature readings that, along with the flow measurements, can be used by the facility’s reservoir engineering department to improve reservoir production. Operators can also use the data to get a better understanding of what is occurring downhole and how to adjust the operation of the well to maximize efficiency.

To find out more about SAGD Test Separators and the Canadian Oil Sands,
you can view the Test Separator and Well Testing chapters of Contendo’s SAGD Oil Sands Online – Well Pads Course.

Kevin Fox is a senior technical writer at Contendo.
He is a power engineer who has written process education programs for industrial clients since 2009.

Kevin’s Blog / A “Look” Inside