As of December 2018, the original WHMIS (from 1988) is obsolete. Every Canadian worker & workplace is now subject to the WHMIS 2015 Regulations. It’s the law.

Reduces the Danger of working with

Are You WHMIS Certified?

If you have questions like, “What is WHMIS 2015?” or “What’s GHS?”, you could use Contendo’s web-based WHMIS education course.

WHMIS 2015 Online affordably teaches students about the current WHMIS 2015 Regulations & how some of the United Nations GHS standards have been adopted by Canada. It introduces the student to the revised Physical & Health Hazard Groups, Classifications & Pictograms.

This release replaces our WHMIS 1988/2015 Transition course, which focused on the regulated change-over from old to new programs and had to include both WHMIS 1988 & 2015 regulations.

After completing WHMIS (2015) Online, the student will be able to:

The WHMIS 2015 Online course has 5 modules & provides the student with
a comprehensive understanding of WHMIS 2015 Regulations & Responsibilities.

Module 5 focuses on the Personal Protective Equipment required to handle & use a hazardous product, as prescribed by the product’s SDS. The discussion includes the types of Exposure that can result in hazardous material entering the body, the role of the Safety Data Sheet & the responsibilities of employers & workers.
18:11 Runtime

WHMIS is changing. This downloadable free WHMIS poster (PDF) illustrates the changes from the 1988 standard to today’s WHMIS 2015 standard. Please feel free to print and post this in a location where your staff can see it. 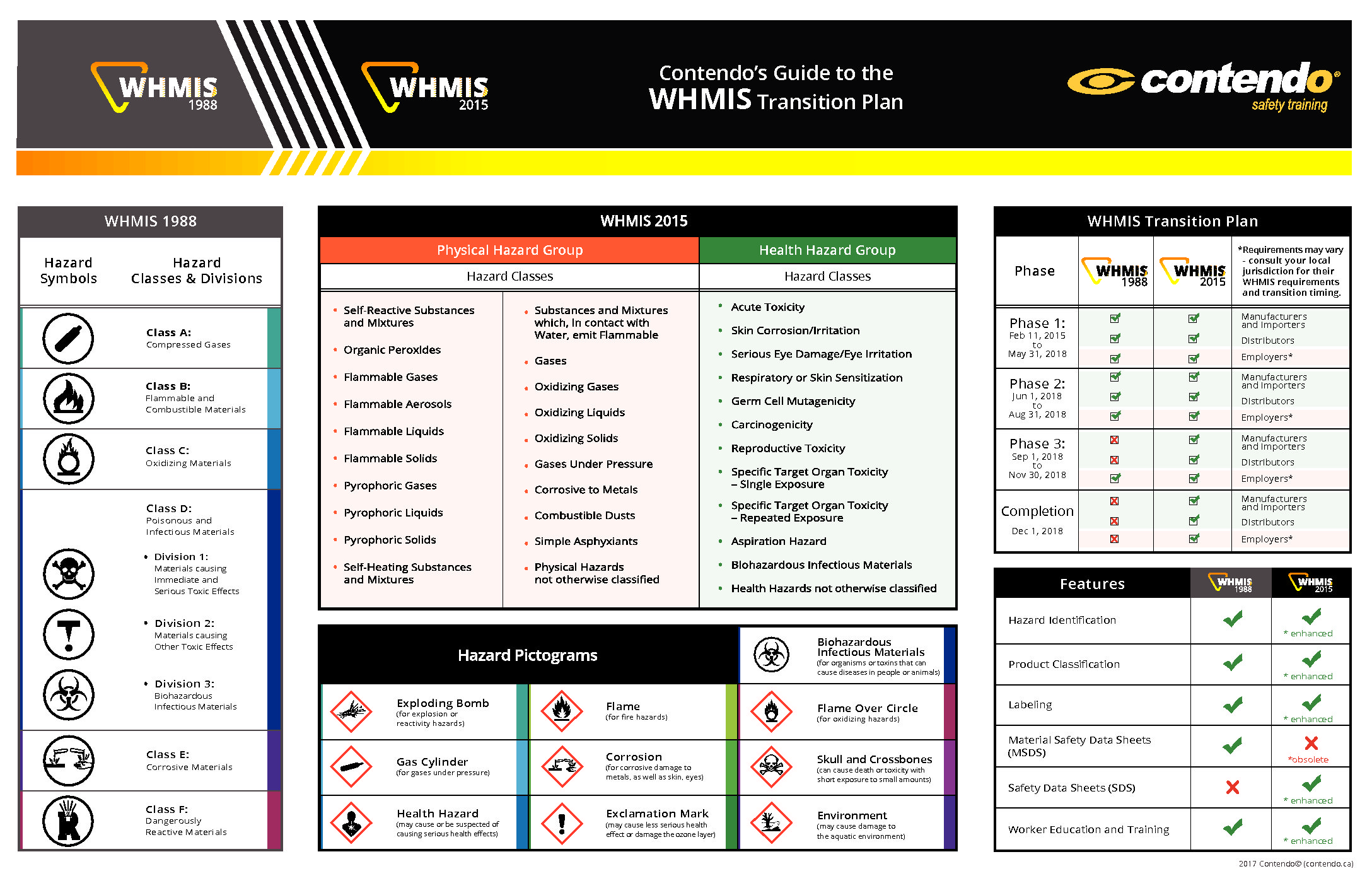